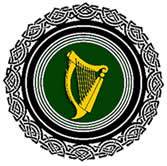 Timothy McCormick began his career in television journalism in the 1980s. His career as an investigative journalist evolved around several publications involving the ethical conduct of journalists and political figures in the Pacific Northwest.

His interests include preserving our democratic principles, freedom of speech, and integrity reporting. Timothy McCormick continues to provide leadership in several McCormick Family holdings throughout the United States.

He has worked to originate the Tribune’s use of multi media platforms and social media since 1995. Today, Timothy continues to serve the family interests throughout the Pacific Northwest and Midwestern United States.